This section is for the discussion of announcements, news and events related to Team Rebel.
Post Reply Previous topicNext topic
14 posts • Page 1 of 1

Some of you might have noticed by now; i was mostly inactive in the past few month due to real life and my free time will be cut down even more in the coming months and years. Because of that i do not have the time to be an effective leader/owner of our community and will join the ranks of Zion/Orange/Zacoon/No7Way.

Looking back, i had an awesome time. When i joined in february 2012 together with Qube (aka. Lynx, aka Community Cat, aka... no idea, pretty sure someone had another name for him aswell

) i only wanted to have some people to play Black Ops 1 with. But that quickly when League of Legends came around. I got the opportunity to form a new clan-section which still is around today(well, more or less) : LoL. I started the section together with AionAblaze and we tried to play competitive, which sometimes worked but sadly it did not turn out as planned. However, it got new members into our community and in the end, it did not turn out all that bad

A year or so later, i got promoted into an Administrator(again, together with Lynx) for LoL and BO1(and for our Forum/Homepae later on). That was a pretty big step because now, i had the chance to actually do something bigger for our community. However back then, the communication between Mods/Admins and the management was, to be honest, pretty bad. After having many complains and constructive talks with Zion/Orange the first major rank-revamp came around. Suddenly we had wreid ranks like CCO, CRO, COO and our 5 or something like that member ranks. Now the comunication and the work for Rebel was way better and the system held up for nearly 2 years. (But for some strange reason, all my officers( i think i had 3 or 4 over the years) went inactive of left the clan so that was a crazy promo/demotion marathon for some guys

). That was also the time when i got into administrating our Forum/Homepage. I did have a rocky start (i messed up our forum 2 times i think

) but in the end, it worked out well.

A year later, the two big faces of Rebel went inactive: Zion! and MrOrange. With that it was up to Dender and me to keep the clan going. We had a ton of work to do but we somehow managed to keep Rebel going- We did yet another new rank-system which is mostly still in place today, changed our forum (2 times), had to re-setup paronicon a million times (atleast it felt that way), changed from beeing a clan into beeing an open community and so on. In other words: it was one hell of a work-intensive time. But on the other hand, we received new help by introducing the Community Leader/Moderator system. By now our Community Leader(s) and Moderator are managing most of our Black-Ops section by themselfs and its showing that those guys are doing a pretty damn good job by doing so we dont have to worry about that very much.

Looking back, i had good and bad times in my times as a Member/Mod/Admin/CRO/Chief/Leader/Owner (damn so many ranks

) but mostly they were prositive and fun!

I want to thank you all for the good times i had with community! I will still manage our Servers/Forums etc in my free time and try to help out here and there, but for now im closing the Team-Rebel chapter of my life.

It's been an true honor to lead this clan next to you.

I hope I'll see you in a next chapter of our journey!
Dender
Owner

Same for me, mate

Wel Its a hard decision to make, But of you think its the good one I support you in that It has been 3 nice years with you . o/
-Wraith-
Global Moderator 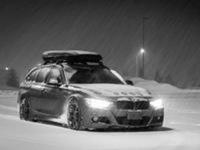 Wish you the best of luck in the "real" world. And hope see you on the server from time to time ^^ When you ofc have the time.

And watch out in the real world, it can be a dangerous place out there

It is a rather sad news, to see an awesome friend like you leave; but this is life, and it can't be helped! thanks for everything you've done for us: being all these awesome times we spent, the things you did for the clan, your help to each and everyone one of us. I wish you good luck with life, and hope to see you succeed in whatever you are doing!
Top

Thanks for all the kind words

I also wish you good luck with the next chapter of your life Ameiya! It's sad to see another owner leaving the community, but life also continues with different roads to take, And that also takes sacrifices i guess. It's good to know you are still administrating the forums, so you're not gone completely.

Thanks for all the amazing work and energy you've putted in this community!
~Recovery
Top

Retirement is a strange place when your gamer's life was full and happy.

If you care about people as you did about our communauty, I reckon that you are a great asset to those living beside you and wish you the best for all your plans in RL

gl mate with the stuff in real life. Was fun playing games with you mate. And rip REBEL DENDER WILL BURNN THE COMMUNITY DOWN.

well ameiya thx for all the effort u put in this community, but like u said u wont leave us.u will be here from time to time to check on dender if this place is still here.
but goood luck with your real life.

Boo wrote:well ameiya thx for all the effort u put in this community, but like u said u wont leave us.u will be here from time to time to check on dender if this place is still here.
but goood luck with your real life.

Thanks and yes i will

Users browsing this forum: No registered users and 3 guests