ok so your going for a new motherboard a new cpu ,new cpu cooler? and maybe a new case?
so no new ram? and what is your ram now then? ddr2 ,ddr3 or ddr4?
I'm not weird i'm limited edition
Top

can you give me the brand/model of your new cpu please?

do you want to OC? K series intel processor and Z series MB are meant to be overclocked, it's no use ( but for style ) to spend 80 euros more, if you won't OC

to me no need for ddr4 , actual gain of ddr4 towards ddr3 can only be seen on benchmarks or if you wish to set a 4k screen wich is, if i understand you out of budget...

maybe you can have an Haswell upgrade that could be much cheaper and will last for a long time : the future generation games will surely impact on our actual machines, but there is actually really no worthy game to invest more than 800 euros in a complete configuration

this is what i'd advise you :

can you offer more? let's see what is your actual CPU cooler, most of them in ivy bridge (socket 1155) will match with haswell (1150) with the intel backplate
if ever , i can look for so nice CPU coolers (efficient and classy) around 60 euros, depending of your actual case

do you want to go further? have you got more money to spend? the choice is really wide nowadays ^^

Boo wrote: ok so your going for a new motherboard a new cpu ,new cpu cooler? and maybe a new case?
so no new ram? and what is your ram now then? ddr2 ,ddr3 or ddr4?

My current RAM is DDR3.

I'm planning on getting the very same CPU you suggested Intel Core i5 4670K 3,4 GHz (3,8GHz turbo (Haswell).
The motherboard I had in mind were MSI Z97 GAMING 3, it is Intel 1150 socket as well. Because the ASRock UEFI as you said, is also not to my liking after having used it for 2 years.

If nothing is wrong with the graphic card, I won't switch it out for the moment.
About the CPU cooler, since I'm getting a new case also (be quiet! Silent Base 800) I were thinking of getting one of the same brand as well, since my newest PSU I bought is be quiet! Pure Power L8 630W 80+ Bronze.
Which is why I picked be quiet! Pure Rock. My old CPU cooler is a standard one that you plug with plastic rubber plugs in the MB and the back of the case, I think it came with the old CPU pack.

But I'm open for suggestions if you or any here got better advices. I actually got a 2900 euro budget, but I don't plan on using more than 640 because it wouldn't be wise to waste that capital my parents have invested for me on a computer when I could get a drivers license or more important stuff for example. While it is my money in the end, I think it's better to be more responsible with them. :P 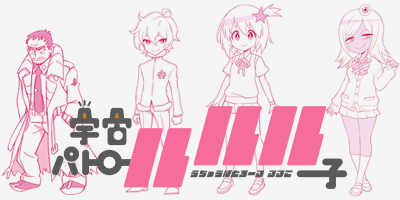 and what about the fractical design define R5 case?
thats a very nice case with lots off demping and good cooling
but a case is personal
cpu... i5 is good

and for a power supply a 550 or 600 w. is enough
and u now have 8 gig ram? its good i think
but if you do alot with 3d and u think its getting to slow u can always put more ram in it if u want
I'm not weird i'm limited edition
Top

Got all my parts yesterday and built my new computer. So I'm back in the game.

owww watch out.. naru is back ;p
good ur back online
I'm not weird i'm limited edition
Top

Users browsing this forum: No registered users and 2 guests